60 lakh APL-1 ration card holders will get free grain for the month of April, 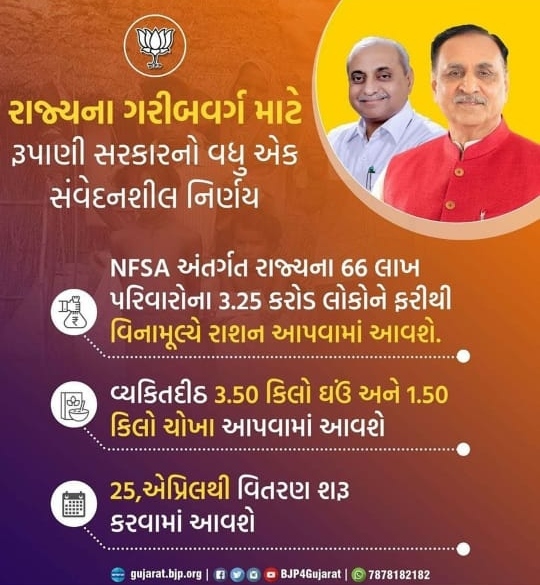 The Cabinet has decided to give such cereal free of cost to the middle class APL-1 card holders in the current situation. This will result in great relief to middle class families as a result of this decision and will easily get food grains in the current lock-down situation. The Chief Minister has also directed the concerned departments to ensure other arrangements for distribution of these grains and the dates of distribution will now be announced. 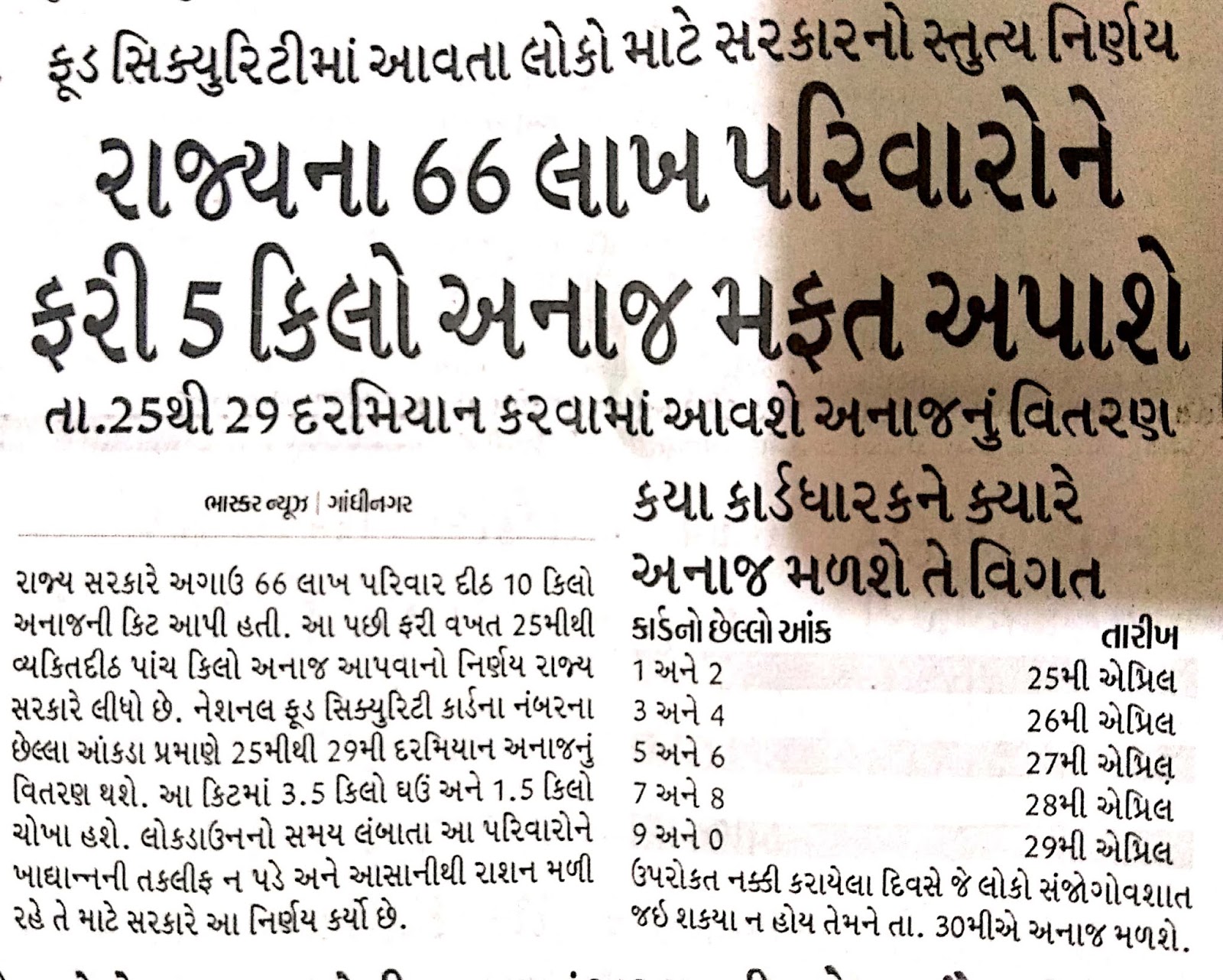 APL-1 card holders will distribute 10kg of wheat, including wheat 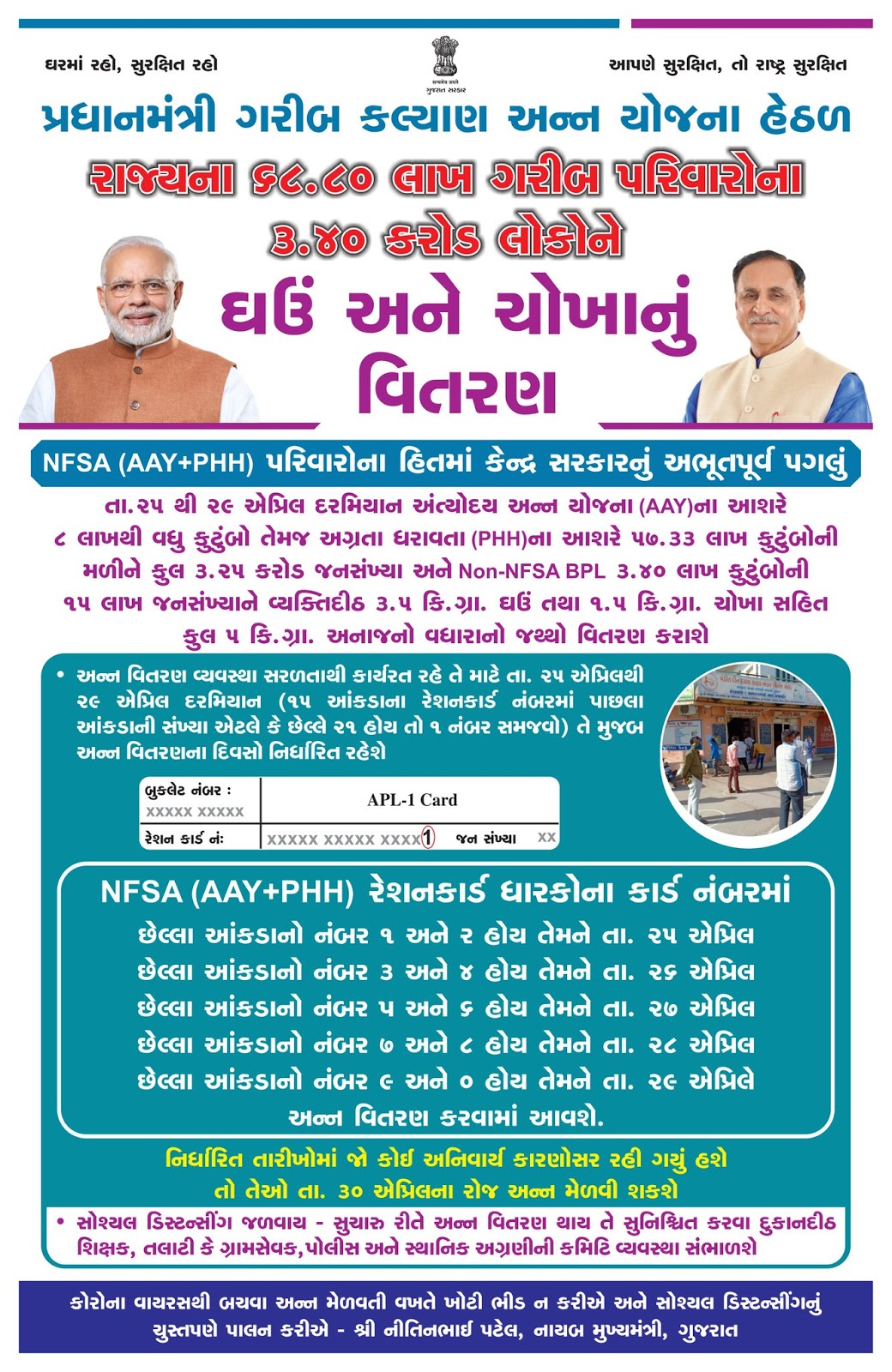 He declared that over 60 lakh APL-1 card holders of middle class families of APL-1 who did not get food grains under NFSA under the National Food Security Act were given to middle class people for 10 kg wheat, 3 kg rice, 1 per family. Kg of pulses and 1 kg of sugar will be provided free of cost from government approved cheap grain shops.

The state government has decided to provide wheat, rice and lentils free of cost to more than 3.40 lakh cardholders who received only sugar and salt under the NFSA. Not only that, the poorest in the state, the poor, the laborers and the workers of other province-states who do not have ration cards are also being distributed free of cost under the Annabhram scheme. 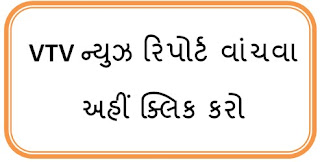 Addressing the Cabinet's decision, Chief Secretary Ashwini Kumar said that Gujarat has made several decisions by taking initiatives in states across the country with good prices to ensure that the state gets adequate grain in the wake of the current Corona virus Covid-19 lockdown.

He said that the Cabinet today decided that more than 3 lakh APL-1 card holders of middle class families of APL-1 who did not get food grains under NFSA under National Food Security Act. Kg of wheat, 3 kg of rice, 1 kg of lentils and 1 kg of sugar will be given free of cost from government approved cheap grain shops.